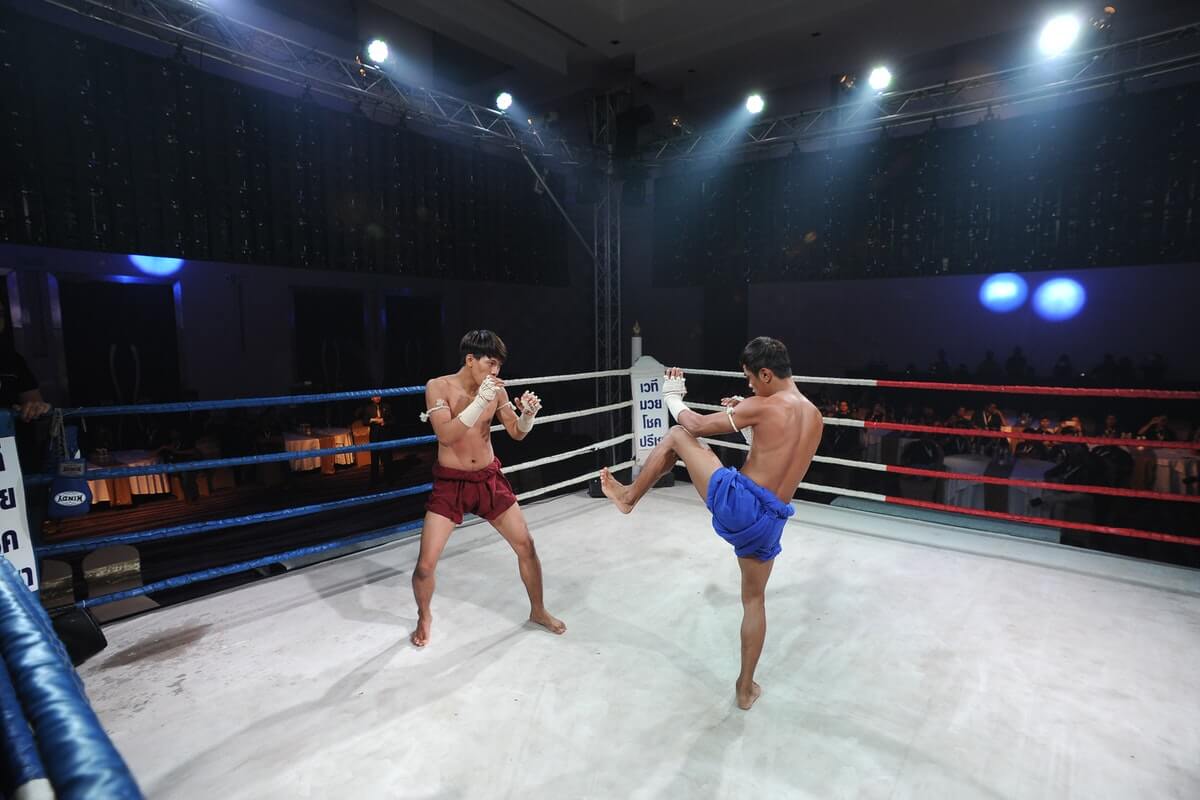 Not much action to share on this entry. It is Sunday. Tiger Muay Thai is closed, but the rest of Soi Ta Ied is not.

Stepping out of my hotel room on to Soi Ta Ied after a long nap felt great. Soi Ta Ied is arguably the healthiest street on the planet. It is where Tiger Muay Thai is located, as well as half a dozen other world class Muay Thai gyms, a half a dozen or so world class CrossFit gyms, and a multitude of other fitness oriented businesses. Everybody walking down the street looks like they just stepped out of a fitness magazine. Chiseled biceps, washboard abs, and lean, tan, healthy looking people are the norm, not the exception.

It is a very touristy area, with people from all over the world. Sprinkled among the fitness businesses and the touristy shops and restaurants are some good old fashioned Thai places. My favorite haunt on this road is an outdoor, dirt-floored, restaurant we affectionately call the chicken hut. It doesn’t have a name, but people know what you are talking about because the owner, who doesn’t speak a word of English stands out front of the chicken hut and barbeques chicken, as well as fish and other Thai food all day long, while his wife is inside the hut making rice and vegetable stir fry, and green curry… whatever she feels like making that day.

I met these folks when I first came to Thailand. They used to operate out of a cart that sat across from the hotel I stay at. They have grown over the years into a full-fledged hut. Most of the Thai people, like the Muay Thai trainers that work on this street, frequent this place. It is amazing food, and way less expensive than the other restaurants nearby.

I don’t know their names, and am too embarrassed to ask again. They told me several times, but they have difficult Thai names, and I never could remember them. Over the past three years, I have spent a lot of time with them. She has taught me how to cook a few Thai dishes. She took my son to the Buddhist church with her on Sunday. When I had my last fight, she brought me a small Buddha figurine that she said was blessed for my good luck. When I showed it to the manager of my hotel, I was told it was very expensive, and ‘original’, and that I should take good care of it. I have.

When they saw me walk out of my hotel today, they both yelled, ‘MIKE!’. I got a huge hug and smiles from both of them. She speaks English fairly well, but I honestly think ‘Mike’ is the ONLY English he speaks. She always insists on not charging me for my food, saying, “You are my friend, Mike.” And I always tell her, “That is exactly why I am going to pay you!”

Today was a slow day for them because it was raining, so I sat there for hours playing checkers with the husband. He made a board out of an old piece of lumber and used magic marker to draw on the squares. We used bottle caps for the pieces. If the cap faced up, it was mine, those facing down, were his. Many of the Thai trainers from all of the nearby gyms stopped in to eat. This was reminiscent of the 80’s sitcom ‘Cheers’, where everybody knows your name. All of the trainers that stopped by, genuinely acted happy to see me.

One of my favorite trainers, Sawat, stopped by the chicken hut. He is around my age, and still fights regularly, so he has all of my respect. He is inching up on 500 fights. He is Muslim, which is pretty rare around here. Thailand is 95% Buddhist. Sawat was my first trainer at Tiger. He got a promotion to be over the competition team at Tiger, so I started working with different trainers. Sawat’s voice is unmistakable, especially when he yells out my name. He calls me ‘Mack’ (he can’t pronounce my name correctly).

Pong also stopped by. He’s a stud. I love to watch him fight. He is either going to knock his opponent out, or get knocked out. He has a very reckless fight style, and is super fun to watch. As usual, he had a young lady on the back of his motorbike. He spends half his time flirting, and half his time training. He is quite the character.

Kru Robert, the head trainer of the advanced group, stopped by as well. He didn’t have much to say. He never does. He asked me, ‘When you get here?’ I told him I arrived today. He then said, ‘How long?’ I told him I would be here for two months. He said, ‘Good’, and walked away. He is very appropriately nicknamed ‘Terminator’.

I decided to go see my tattoo artist, and talk to him about getting some work done while I am here. The shop is located directly across the street from Tiger Muay Thai. It is called Ang Mo Lao. I have cheated on them and gotten ink done elsewhere since meeting him, but never again. He does amazing work, and everything I have had done since him has paled in comparison. The most interesting thing about him is he has no tattoos himself. I’ve never met a tattoo artist that doesn’t have tattoos themselves. He and his wife run the business together, and their children are always there. They are knocking on their teenage years, and are the most well-mannered cute, funny kids you will ever meet. This is a tattoo parlor that has a real family element. They are salt of the Earth good people, and I highly recommend them. Oddly enough, they are also Muslim.

On my way back to my hotel, I heard ‘PAPA!’ being called out from behind the counter of a small shop. The store owner loves my son, Nick. She calls me ‘Papa’, because I am just Nick’s dad to her, But she was genuinely happy to see me, and told me to bring Nick next time.

My final stop on my way back to the hotel was Wanisara Massage for a Thai massage. I got a big hug from the owner, and knees and elbows from one of her girls. It was the perfect way to end the day.

My first day in Thailand was very enjoyable. Be sure to tune in next time, for tomorrow we Muay Thai.