My Husband Says He Loves Me As the Mother of His Children, But He Doesn’t Love Being With Me 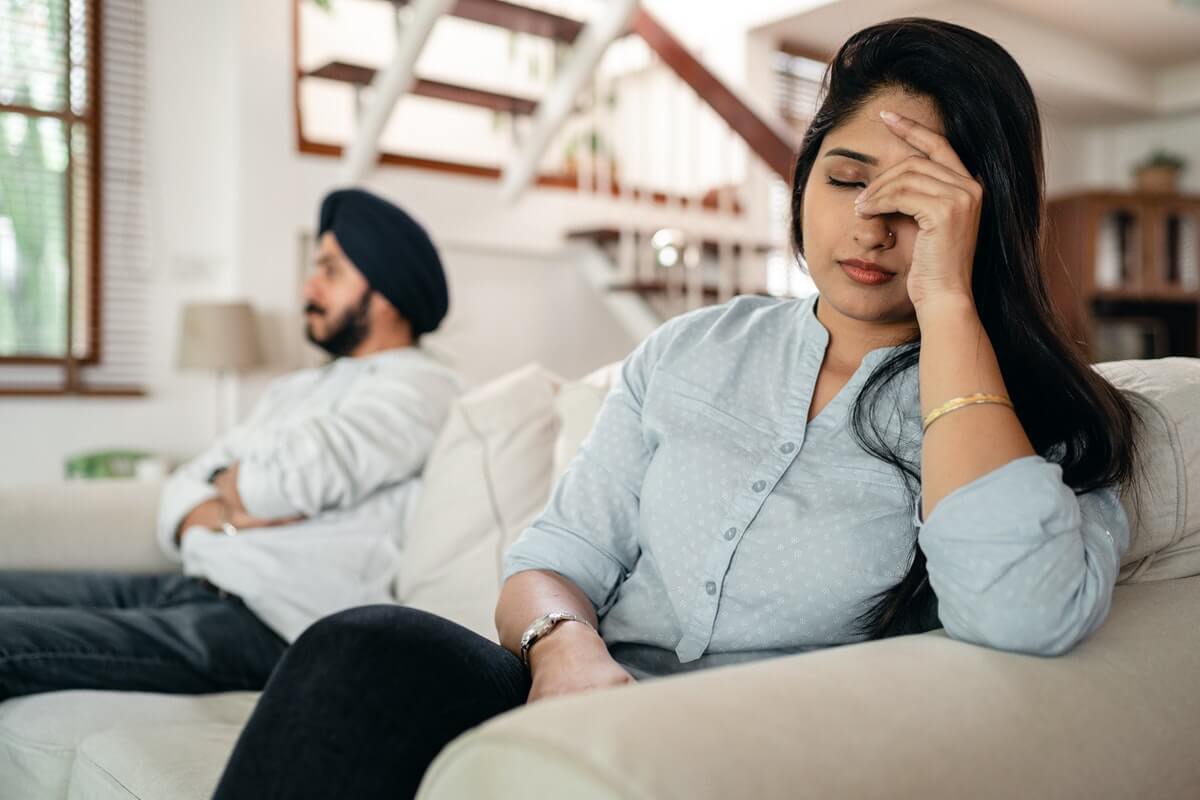 I recently heard from a wife who had pressed her husband about how he “really” felt about her. She felt that she needed to ask this question because she could not help but notice how things had felt dead between them or how they tended to ignore each other – outside of their kids.

So, the wife was not expecting for her husband to declare his undying and passionate love for her, but she was shocked by what he actually did say. He very matter-of-factly stated (without much emotion) that he would always love her because she was the mother of his children and that this would always bond them, but, he said, he did not love her in the way that he used to and that he certainly did not love being with her.

The wife felt as if she’d been slapped. She did not expect that declaration. She knew that things had not been all that great in the marriage lately, but if her husband had asked her the same question, she would’ve definitely answered that she still loved him and she wished that they could stop just moping around and ignoring one another. She wanted for things to be the way that they used to be, before they had kids. With that said, she would not trade her children for anything in the world.

The weird irony of this whole thing was that the children had, in many ways, brought them closer together. But in many ways, this was the thing that was requiring so much of their time that they had begun drifting apart as a couple. The wife wanted this “couple time and closeness” back. But, now, knowing that her husband didn’t really love her in the way that he should, she wanted to know if it was just too late. I didn’t think that it was. I’ll tell you why in the following article.

Not Allowing Her Husband’s Word To Keep Her From Getting What She Really Wanted: The danger in this whole situation of course was the wife backing off because of the words that the husband chose. Those words were very unfortunate and there was no way to take them back. And, the wife was really beginning to dwell on this and to risk these allowing these thoughts to keep her from moving forward.

Although I knew that the words had wounded her very deeply, I wanted for her to put this in perspective. It was quite probable that her husband was every bit as tired and frustrated as she was. He may well have not really meant those words. He may well have been going for shock value to try to spurn on some reaction or some change. She really had no way of knowing what he really felt, but she did know that he’d committed to loving her as the mother of his children. And although she did not realize it, this IS something. Because many men don’t even concede that when they get to this point. She could use this as a starting point and work up from there.

Moving From Parents To Lovers: It seemed that both husband and wife agreed that they had an entirely different marriage before they were parents. This is very common. I doubt that many parents can honestly say that they have every bit as much couple time as they used to. This is just the reality of caring for someone else who is mostly dependent upon you. And most times, both husband and wife are on board with this because they love their children every bit as much as they love their spouse.

But, few people expect or are prepared for the shift that usually happens as the result. We become so busy talking about and caring for our children and functioning as a family that we forget to function as a couple. Many parents will resist re prioritizing because they fear that they are taking away from their children or are being selfish. What they ultimately don’t understand is one of the best gifts that you can give your children are happy parents and the security that a loving, committed family brings.

Not only this, but you’re giving your children the gift of seeing what healthy marital priorities look like. I told this wife to ask herself if she wanted for her daughter to grow up and to think that she should place herself low on the priority list? Did she want for her son to be resentful and sullen like his father? Showing your children how to focus on both marriage and family will help them to have a happy and fulfilling marriage themselves, which is ultimately what we want for our children.

Now these are nice words, but it can be a challenge to put this into action in every day life, especially when you’ve been told by your husband that he doesn’t love you as he should. It was unrealistic to think that things were going to return to passionate over night. But, the wife knew that the husband wasn’t going anywhere in the immediate future. She had a reasonably captive audience. So, she could certainly begin to focus on spending more time with him. She could listen and laugh more, she could schedule just one outing a week where it was just the two of them, and she could remember those things and experiences that bonded them in the first place and try to return them on even a small scale.

I wanted for her to stick with the things that she could sustain and be genuine about. Making changes that are only going to fade just disappoints every one and eventually makes lasting change more difficult because every one’s expectations have been lowered and negated. You’re much better off focusing on one thing, making that a habit and then moving on to your next goal. Yes, this is more gradual, but it is also more genuine and lasting and these are the kinds of small changes that can transform a marriage over time.

Loss of Your Mother