The History of Riddell Football Helmets – Protecting Your Noggin Since 1939 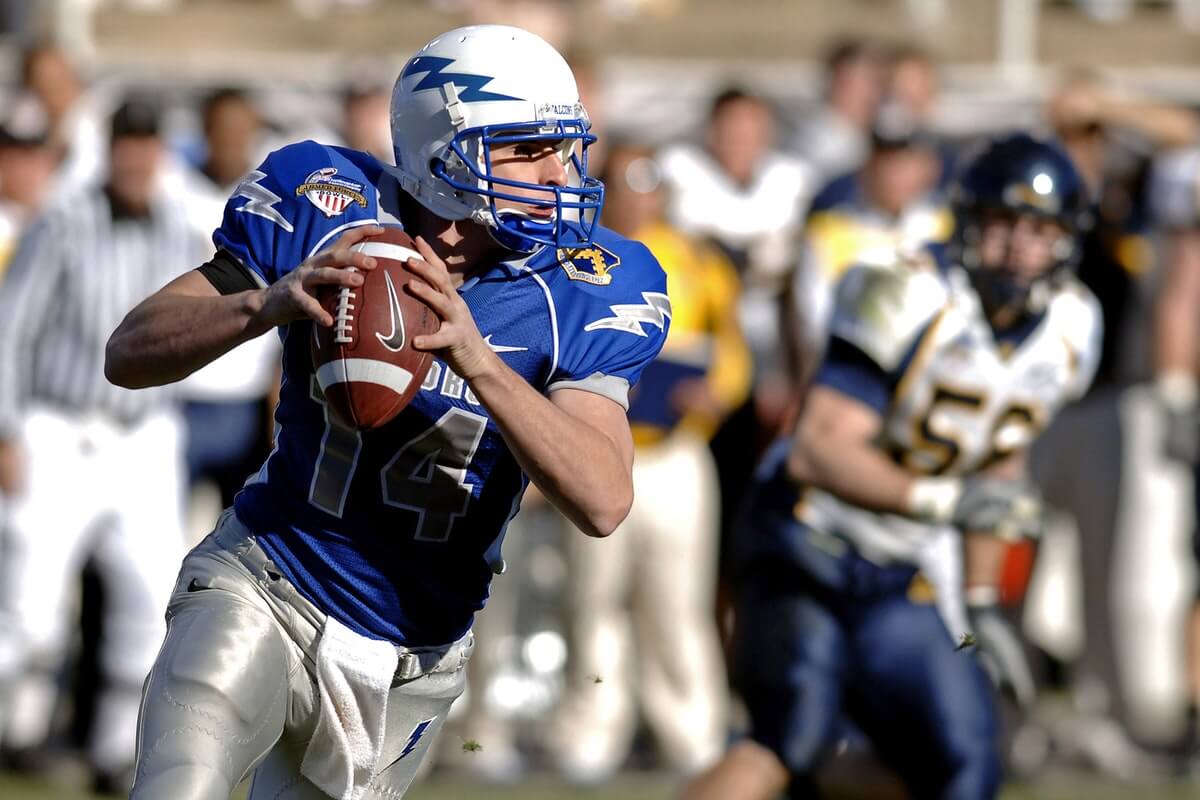 Back in 1929, John Tate Riddell started his company armed with a vision of providing better sporting equipment to athletes. And such idea has proven to be very beneficial, not only for J.T. Riddell but for the players as well, for from this concept of his came forth the country’s foremost manufacturer of football headgear.

Removable cleat— the history of Riddell football helmets all began with a removable cleat. Said design was prepared by Riddell back when he was still the Athletic Director and at the same time head of the football coaching staff for a certain high school located in Evanston, Illinois. The year was 1922 when head coach saw the need for developing the current leather-fitted footwear for his team. With the arrival of the rainy season, such condition dictates the necessity of changing cleats and installing a longer mud cleat to adapt with said variable. This process is time consuming, not to mention that the cobbler in-charged of doing such task was also hired by a university ergo not being able to finish all footgear by game time. The invention of removable cleats was openly welcomed and such flamed a string of innovations that led to the groundwork for the history of Riddell football helmets.

Ten years after the formation of the company, Riddell pioneered the fist plastic suspension headgear. This breakthrough caught the attention of the government for it will certainly be to the advantage of the brave men in WW II. This is one of the finest points in the history of Riddell football helmets.

With protection as the main goal, it is hard to believe that helmets, rather than pads, were the last to be accepted in pro football. The former is not even mandatory in football—that is until 1939 when NFL ordered that players wear such protective headgear. Before the dawn of plastic helmets, there was leather. The players may be protected against concussions but not the heat—air can barely circulate inside.

Evolution is inevitable; same applies in the history of Riddell football helmets. RT-2 was the first helmet engineered by the company and sold to the public. Said helmet model was manufactured in 1946, a year after J.T. Riddell’s death. RT-2 was a three-pieced shell using Tenite II with cotton web suspension for the head and neck. Said suspension presents a pocket of air in between the head and the shell of the helmet. Though Riddell wasn’t able to actually see the evolution and expansion of his company, he’ll always live in every noggin he has protected, whether it’s attached to an amateur or professional football player.

Following RT-2 was RK-4. The latter resembles the shape of RT-2, though it’s shell material differs. RK-4 was manufactured utilizing a chemical called Acrilonitrile Butadiene Styrene concocted by US Rubber. The cotton webbing that was present in the RT-2 was substituted by a combo of cotton and nylon. Both models showcased the 3-loop and 6-point regular suspension.

The history of Riddell football helmets includes the models TK-5 and PAC-44. The two shared the same shell composition as that of the RK-4. The difference rests on the interior cushion. TK-5 was originally cushioned with cotton. However, it was altered to that of the interior of RK-4, which was made of cotton and nylon. As for the PAC-44, same was tagged and aimed for the youth. It featured an interior air cushion crafted out of vinyl.

From these forerunners, the company has progressed along with the game. With its ‘firsts’ like the web suspension, air cushion interior and self-contained inflation head gear to name a few, it’s really hard to picture the sports equipment scene without Riddell.

This is the history of Riddell football helmets…so far. With ingenious minds continuously formulating new ideas, it is easy to say that another touchdown is within reach.